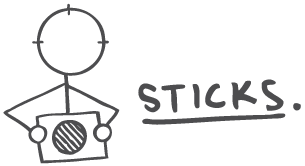 In little under a year, perceptions of working from home have been transformed. Office workers sent away from their desks last spring with nothing but a laptop tucked nervously under their arms soon discovered that they could be surprisingly effective locked behind their own front doors. Bosses who’d doubted the ability of the mice not to play when the cat was away found productivity seemingly undiminished. What had previously been sneered at as a slackers’ option began emerging as an unexpected centrepiece of the new model for smart business practice.

Ushered in by necessity, remote working was being embraced – even celebrated – by both sides of the managerial divide. The people doing the jobs loved the new flexibility and the absence of the daily slog in and out of work. The people running the businesses became very excited at the opportunity to shave zeroes off their operating costs by reconfiguring their whole approach to real estate. WFH was catapulted into contention for 2020’s Word of the Year at the Oxford English Dictionary.

The immediate cost of this transformation fell on the previously bustling city centres. Sandwich shops and restaurants started to go out of business. News-stands and dry cleaners fell silent. Nobody was getting their shoes repaired and they’d stopped buying tights or make-up or elaborately expensive cups of coffee. Roads were quieter and seats were available on public transport at all times of the day. It was threatening to be the final straw for urban retail already suffocating at the hands of the Internet.

Enabled by technology and a ubiquitous flow of information, the workforce hunkered down in suburbia and started to rethink their lives. The dream of the townhouse or the swanky penthouse apartment gave way to thoughts of country idylls and a less frenetic way of being. Fanciful talk began about a retreat from cities not just as places to work but as places to live, as if metropolitan life had just been some passing fad that we were about to grow out of.

But the real price of widespread WFH goes much further than the devastation of city centre shopping. Across the world and down through history, urbanization has always marched hand in hand with prosperity. The most advanced societies have the most sophisticated cities, and the best of the country’s young talent flocks to those cities to fulfil their ambitions and find their fortunes. The advent of cities negated the need for self-sufficiency, and opened the door to specialization, artistry and culture. They provided the milieu for the most unusually capable to flourish.

To suggest that a handful of colleagues on Zoom can replicate all this is to misunderstand the direction of causality in the historical success of cities. Urbanization is not a consequence of all that prosperity, it’s the reason for it. Cities become big and successful not simply by having a lot of jobs on offer and attracting people to move to them. They become big and successful by making those jobs possible in the first place.

Progress is driven by creativity: not merely artistry, but all types of imagination and audacity. Brilliant questions and fresh ideas spur innovation and invention. The success of any enterprise boils down to how well it harnesses the creative abilities of the people it needs to achieve its objectives.

Many organizations are already starting to feel the pain of the lost serendipity and diminished energy that comes from having their people dispersed to the shires. The hybrid model offers some respite, allowing individuals to work mainly from home while preserving the opportunity to have some of them gather in actual space from time to time. But over the long-term, it’s a fudged solution that in most cases will compromise operational performance and lead to a two-tiered workforce.

We need our cities, and we need them to be pulsating if there is to be any chance of a successful economic recovery from this current crisis. The wonders of modern technology make working from home an ongoing possibility, but it’s a mirage of a healthily functioning company of people and it does nothing to recreate the dynamism of the urban context.

Information may be more available than ever, giving the illusion that anyone can access it from anywhere. But while it is true that information is everywhere, it is equally true that dependable information remains very unevenly distributed. The cities of the world are where the best creativity arises because they act as crucibles for the broadest and best information.

Creativity relies on the presence of three conditions, and they all concern access to the sorts of information that are unfairly concentrated in cities. The first of these is knowledge. Creativity doesn’t take place in a vacuum but always within a domain. Domains have precepts, rules and methods that need to be learned even if they are to be eventually stretched and broken. This is the expertise and experience generally passed on by master practitioners that saves each new generation of talented individuals from starting entirely from scratch.

The second condition is inspiration. Creativity is a reaction that requires provocation. A few rare geniuses find that within themselves, but the vast majority seek it in the world around them. It involves not a focused search, but a broad embrace. It looks to open the mind through exposure to novelty rather than closing it down through familiar homogeneity. It requires preparedness to explore risk. It is sparked by the discovery of curious characters and remarkable happenings.

Finally, creativity needs to be properly evaluated. Not everything created is valuable, and it is essential to receive feedback to separate the good from the bad. Unless there are people available with the interest and ability to encourage and hone it, creativity withers on the vine. Brilliance is not always immediately obvious to the untrained eye, and potential can be even more delicate. The most interesting thinking needs to be drawn out, directed, nurtured and developed. It doesn’t come from a vacuum and it can’t exist in one.

There are many reasons why the most ambitious and capable cohorts tend to head to the cities. It’s not only where the money lies but also the opportunities for social development. And a significant part of the lure is the prospect of encountering exciting people and things that challenge them to become the best versions of themselves. Cosmopolitan environments evoke difference-making leaps better than parochial ones do.

Cities create all the conditions that allow creativity to flourish in a way that personal front-rooms do not. Domestic life is not intended to be unstable and challenging. It’s not about embracing new blood and disruption. Being at home is designed to relax you, it’s not supposed to stretch you and scare you. Families are about taking your side, insulating you from cruel exposure, and contriving reasons for celebration.

This is our natural aspiration. It is what Mihaly Csikszentmihalyi – renowned for pioneering the concept of Flow – refers to as psychological entropy, the instinct to conserve our energy. We are at our most contented when we are at ease, unthreatened and surrounded by familiar sameness. It’s why we like our sofas and why so many of us choose to wind up our days by switching on the TV and switching off ourselves.

It’s also helps explain why so many want to keep working from home now they have had a taste of it. It’s extremely comfortable. The stresses and strains of work seem much more contained. There are far fewer irritations to waste your time and get in your way. You can just focus on what you want to get done, and be more quickly back to your gentle life. The job stops being all-consuming, even when the hours worked end up being much longer than before.

The main objections to the new WFH craze so far centre on mental health, loneliness and the lack of suitable space in many homes. But the bigger long-term threat lies in the calcification of creativity that will become the inevitable corollary of any general move away from the cities.

What we need now more than ever is a blossoming of new ideas and imaginative thinking, and we’re not going to find that by locking ourselves away, surrounding ourselves with loveliness, and staring at our screens. It’s time to resuscitate our cities not abandon them.